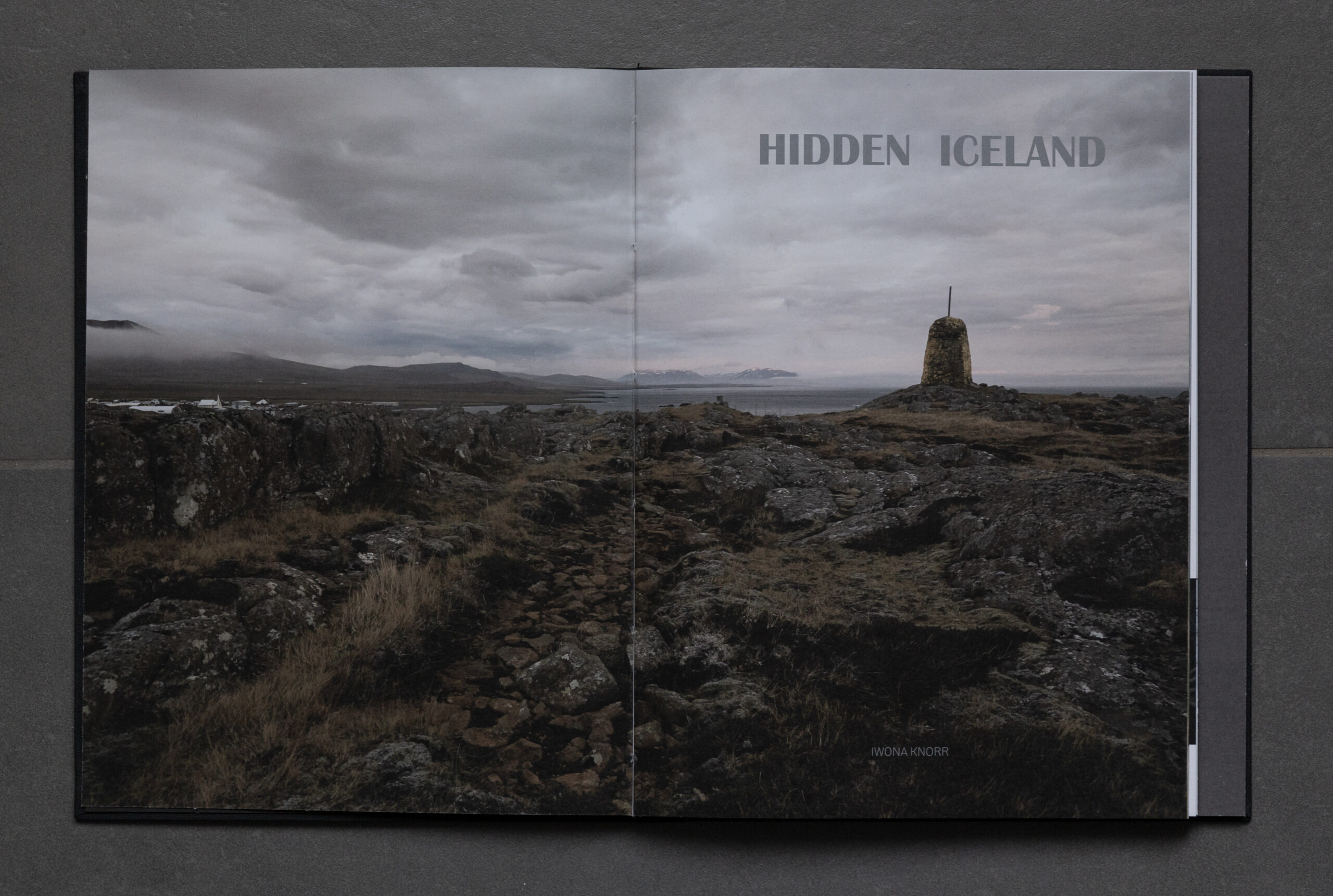 A poetic story with a surprising punch line.

At the beginning there is a quote and a portrait of the girl. They provide the key to the content – the Icelanders’ mystical belief in the “huldufólk” (eng. Hidden people). Invisible beings who are said to be responsible for the harmonious coexistence of people and nature.

Leaf by leaf we explore Iceland in search of mystical symbols. We immerse ourselves in a world of gloomy landscapes, poor animal life and remote human settlements. It is completely unclear where to look for the hidden people and whether the strange patterns and mysterious symbols are to be interpreted as metaphors or as clues.

We don’t really get to see the Icelanders themselves in the main part of the book, apart from a few photos on the walls. We can sense their presence in their homes, harbors and farms. They remain hidden until the end. This is followed by pairs of images in which heads are linked with visually similar fragments of nature. This association visualizes the Icelandic people’s closeness to nature. The faces are turned away from the viewer, the gaze turned inward. This suggests that the hidden people could be found in their minds, or maybe they are that people themselves.

Conclusion: In order to understand the archaic belief of the Icelanders, you need imagination. The viewer gains access to imaginary realities through his own personal interpretation.

my results condensed into a hypothesis: Fears of unpredictable natural forces, to which Icelanders are permanently exposed in their living space, can be compensated by trusting protective supernatural forces. A prerequisite for this is a respectful treatment of the environment.

Previous Article Open-Air-Exhibition in Baabe on the Island Rügen
Next Article Of going, coming and future